Congratulations to all of my fellow rat poison enthusiasts who successfully held through the Dark Winter of Doubt (also known as “2018-2020”). Kennedy declared in 1961 that he would have a man on the Moon by end of the decade. Let me declare that bitcoin will be far beyond “the Moon” by the end of this decade.

I’ve lately become a lot less interested in evangelizing or defending cryptocurrency to the skeptics in my life. I’ve spent a solid half-decade casting pearls; at this point you either get it or you don’t.

Obviously there are still massive UX challenges in crypto. Exorbitant gas prices on the Ethereum network continue to intrude on the little guy’s ability to swap ERC-20s or interact with smart contracts. Last month I had to spend well over $100 in Ethereum gas fees to end a number of altcoin stakes that I set up the previous year. At each step of the process I questioned whether I was doing things correctly or whether I was recklessly burning through my gains in order to secure needlessly faster transaction speeds for myself. That experience sucks, and it won’t scale. But it’s not a death knell any more than ARPANET’s complexity was a harbinger of doom for Netscape.

You shouldn’t expect the “financial advisor” at your hometown bank to recommend that you invest in crypto any more than you would have expected the store managers at Blockbuster to advise you to jump ship for Netflix. Every meteor is going to displace a few dinosaurs. (And until that day comes, nothing is preventing the dinosaurs from enjoying their 0.1% APY or whatever the CDs are paying nowadays.)

I’m going to go out on a limb and guess that most people who regularly send and receive email cannot explain what TCP/IP or IMAP are, and yet every day they manage to successfully use technology that relies on those protocols. Why insist on understanding “what gives bitcoin value” before pulling the trigger on a provably resilient investment? Bro, you don’t need to understand blockchain in order for blockchain to take off.

My advice (this is not official financial advice; I’m not a licensed advisor; you must do your own research; blah blah blah) to anyone interested in crypto has always been to pick a safe project you believe in (read: BTC) and set up an automatic weekly buy on Coinbase. $10 a week. $50 a week. $5 a week. An amount that to you is negligible but non-trivial. Don’t even look at the price of one full coin when you do it.

Buy and hold. That’s it. That’s literally all you have to do.

“But when should I sell?” 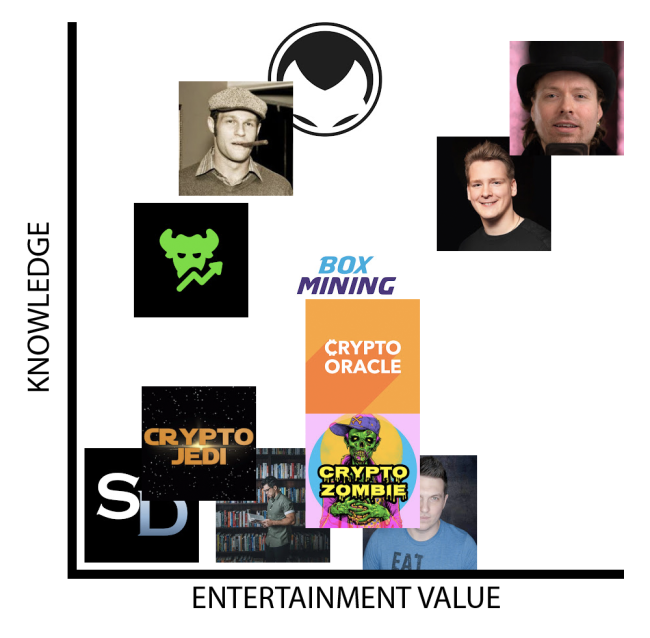 There’s no shortage of pundits in the YouTube cryptocurrency scene. Some investigate ICOs, others agonize over financial graphs, and others put their own spin on the news of the day. But it’s not – how shall I say this – the most egalitarian landscape in terms of intelligence (or entertainment value), so allow me to exhibit my “proof-of-having-watched-lots-of-YouTube” and tell you which ones are actually worth following.

Sunny Decree
I respect Sunny’s hustle – the guy puts out content every day, but it’s hard to forgive him after he was exposed for being a paid ICO shill. While I never get the feeling that he really knows what he’s talking about, Sunny can be mildly entertaining depending on the topic. 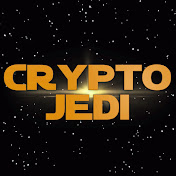 Crypto Jedi
In the wake of the Bitconnect collapse, Crypto Jedi made some of the most thorough and entertaining takedowns of scammers like Craig Grant and Trevon James. Unfortunately, outside of that, his content rarely exhibits much depth beyond news regurgitation and “let’s look at CoinMarketCap today.”

Tai Lopez
For all his talk of “knowledge,” Tai doesn’t seem to possess any technical know-how when it comes to crypto. That’s frustrating given his numerous interviews with legitimately smart people in the industry. Tai would do well to listen to his guests instead of butting in every 20 seconds to spout things like “you know what – we need to put PARENTING on the blockchain.” 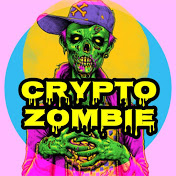 Crypto Zombie
“K-dub” strikes me as dangerously naive (I can’t think of a single ICO he hasn’t described as “very cool”), but he’s got a friendly disposition and I enjoy leaving his voice on as background noise. Crypto Zombie is not technically knowledgeable in the slightest, but the kid’s got enthusiasm. 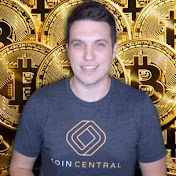 Doug Polk
Professional poker player Doug Polk has one of the most popular cryptocurrency YouTube channels due almost entirely to the fact that he edits jokes into his videos. Sure, most of his humor falls flat, but it’s the thought that counts. What bothers me about Doug Polk is how arrogant he can be when by his own admission he’s “not technical at all.” This is a guy who prints and sells shirts mocking CryptoNick for saying he doesn’t understand what a private key is, but I can almost guarantee if you sat Doug Polk down and asked him to articulate, say, the difference between a public key and a wallet address, Doug wouldn’t have a clue. In the words of Pulitzer laureate Kendrick Lamar: “Sit down, bitch! Be humble!” 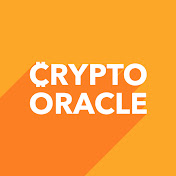 Crypto Oracle
This guy focuses almost entirely on technical analysis, oftentimes buying what he must know to be shitcoins only because he believes the charts indicate they’ll appreciate soon. A smart kid, though.

Boxmining
A good entry point into crypto YouTube – Boxmining’s videos showcase moderate technical depth while remaining normie friendly. He’s amicable and stays out of drama. That said, if you ask me, his channel became less interesting when he decided to focus on daily news instead of in-depth analyses of altcoins…

Datadash
Datadash has a large enough following to make a split-second cameo in John Oliver’s piece on cryptocurrency. Truth be told, I prefer Datadash less to other crypto YouTubers since his videos are often long slogs through charts and candlesticks, but he does have one of the more pleasant voices out of the people I’ve listed.

Ryan X. Charles
I only recently started watching this guy’s content after seeing his face retweeted all over the place. A physics PhD dropout turned entrepreneur, Ryan has become perhaps the best Bitcoin Cash spokesperson out there. Unlike many on his side, his “big block” arguments are refreshingly free of name calling and hysterical rhetoric – and more importantly – rooted in the actual computer science. Definitely check out his channel if you want a nuanced understanding of the Bitcoin/Bitcoin Cash debate. 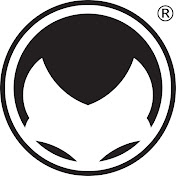 Andreas Antonopoulos
One of the Bitcoin OGs. Seems to know as much about Bitcoin as any one person can. His videos are often deep dives into technical minutiae, but his maturity and passion make him an essential watch. 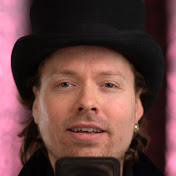 Richard Heart
An eccentric weirdo who often arrives at moronic conclusions despite his clearly expansive intellect. From what I can tell, Richard Heart is a multi-millionaire hermit currently engulfed in some kind of nihilistic, blackpilled mental hellscape. However, he’s one of the few pundits who knows as much about technical analysis as he does about fundamental analysis. He’s not afraid to dive into petty drama, too, which is part of what makes his channel so damn entertaining. And unlike most crypto YouTubers, Richard Heart actually has the finance, economic, business and computer science chops to tear his opponents apart. Trust me, you’ll never THINK about buying IOTA again after listening to him.

Notes from ‘The Internet of Money: Five Years Later’ in Chicago

Back in 2013/14, when I first started learning about bitcoin, my go-to source of new knowledge on the topic was neither YouTube nor the dregs of /biz/, but rather a podcast called Let’s Talk Bitcoin. I have memories of listening to one episode after another, heading further and further into the backlog, excited about my growing understanding of cryptocurrency.

Eventually I began to feel that the conversations in the podcast were too technical, and essential details were flying right over my head. This, along with the sustained bear market after the 2013 crypto bubble burst, put a damper on my excitement for the topic. I unsubscribed from the podcast and let my Coinbase account languish, untouched for years…

But the last year has seen everyone’s interest in cryptocurrency – my own included – burn bright yet again. And this time I don’t feel like the passion is going to die down any time soon.

Andreas Antonopoulos never left my Twitter feed in all those years, so when the world-renowned blockchain expert and Let’s Talk Bitcoin co-host tweeted that his podcast was celebrating its fifth anniversary in nearby Chicago, I decided to buy a ticket right on the spot.

I entered the venerable Music Box Theatre donning my Litecoin hoodie. Part of me wondered whether that would be seen as provocative at the Let’s Talk Bitcoin show, but no negative comments came my way. The evening’s agenda was a potpourri, starting with a musical performance, followed by a talk by Andreas, and then concluding with a live recording of the podcast. That episode is live now, so I suppose you can listen to it yourself to glean some of the same knowledge in my notes below, but I figured I would share my notes from the night. Some of these are quotes from a speaker, and others are my own thoughts, inspired by what I was hearing.

Listen to the live recording of the episode for yourself below: